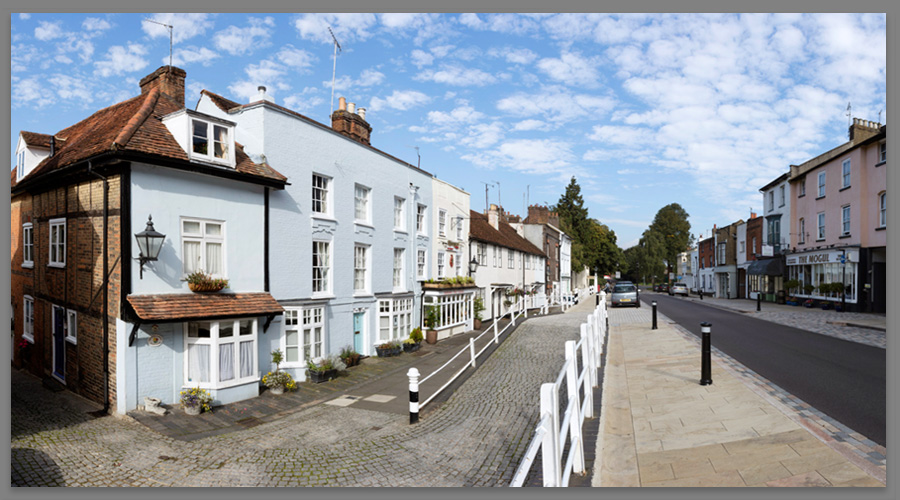 There is only a 20 minute window when the angle of the light is just right to capture this stunning photograph of Hemel Hempstead High Street. After two visits to plan the shoot we were finally able to take this panoramic early one Sunday morning when the street was fairly clear of cars and people.

This panoramic photograph is a stitch of 16 images two rows each of eight views and gives a really natural 120 degree angle of view. For the camera techies who would like to know, we use a special panoramic rig to capture images over the rear nodal point of the lens to avoid any 3D parallax issues (like you get when you open and shut alternate eyes and observe objects moving, natural 3D). Then it's back to the computer for the time consuming stitching together as the files get rather large up to 1 Gb!

Hemel Hempstead is just one of several towns in Hertfordshire which we have visited over the last 3 years to shoot for large graphics panels. Some are already on display in the NatWest branches at Berkhamsted, Watford and St Albans.